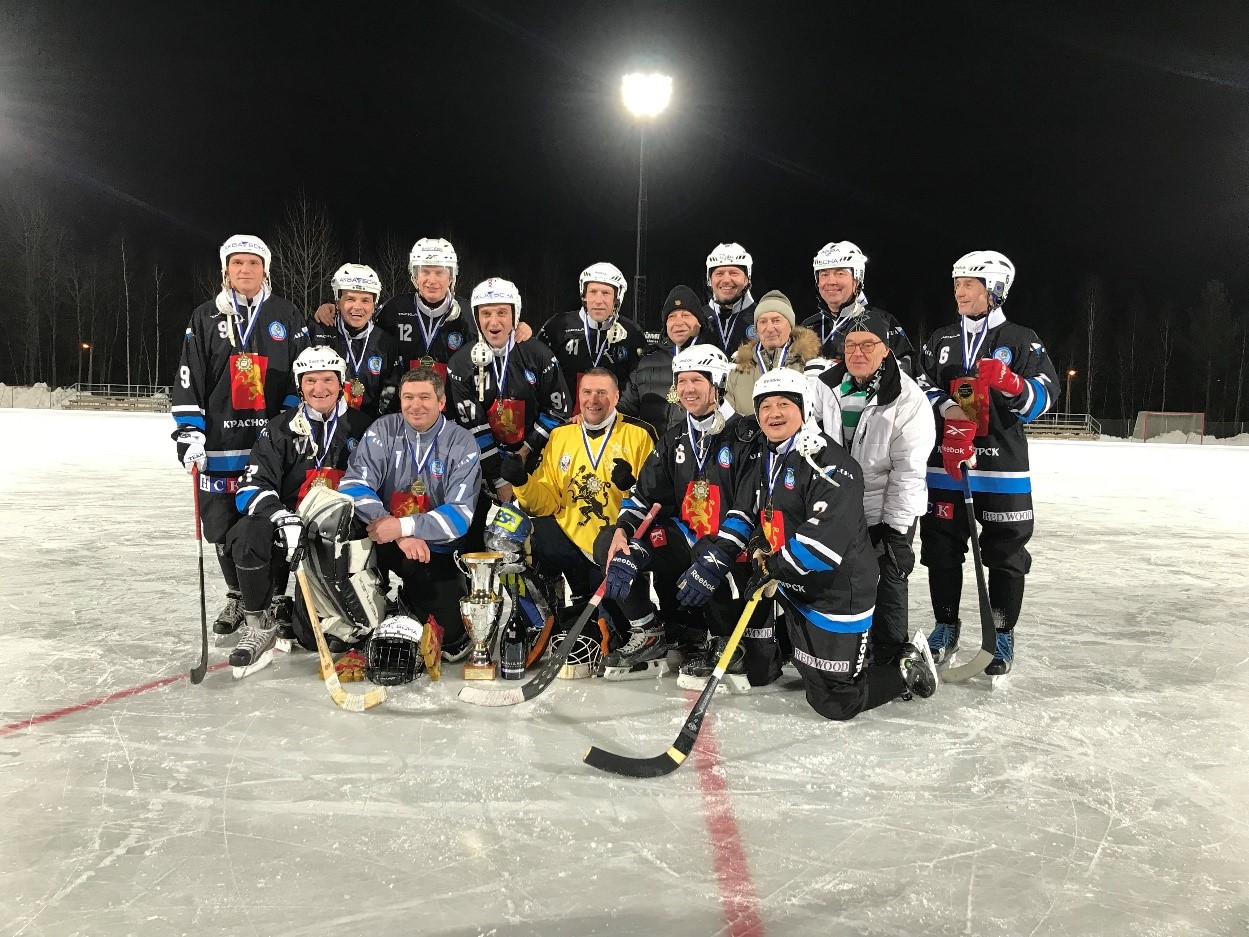 The 8th Veteran Bandy World Cup was arranged in Lappeenranta, Finland, on 22-24.November 2018. This event assembled 180 players from Finland, Sweden, Russia, Kazakhstan and Belarus, and they formed nine teams. Among those teams, there were many known top bandy players from different countries, and to mention some of them Jonas Claesson, Hasse Johansson, Anders Jakobsson, Dimitry Malanin and Alexander Tsyganov. They were showing their skills of veteran bandy.

The Tournament started on Thursday morning, and on Saturday, the finals were played. 23 games of excellent veteran bandy, and Team Krasnojarsk was unbeatable during the whole tournament. Team FIB lost the final 12-1, and in the bronze game team Murmansk won against Hammarby in an even game, 2-1.

At the end of tournament all teams met in the traditional banquet, where the old players could share the old time memories, and the feelings of the played tournament. In the banquet team Hammarby won the banquet trophy.

The Veiterä veteran team arranged once again an excellent tournament, and the most eager teams started to do bookings for the autumn 2019.