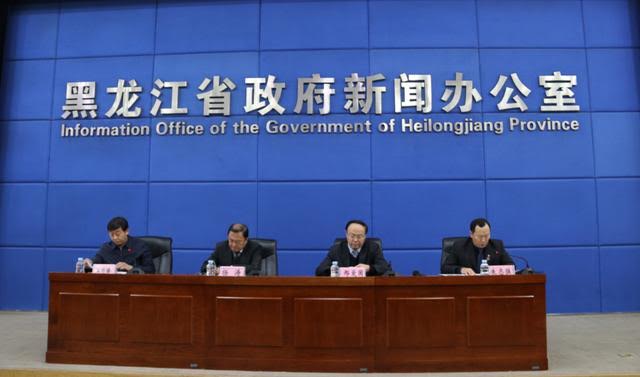 “In order to cooperate with Beijing Winter Olympics in 2022, to promote the popularity, reputation and influence of Heilongjiang and Harbin, as well as to promote the development of Bandy project in Heilongjiang Province and even the whole country, Heilongjiang Province put forward to bid for the 2018 World Bandy Championships Men's Group B event, and was approved by the Federation of International Bandy. The event will be held in Harbin from January 27th to February 5th. At that time, there will be nearly 200 athletes from eight participating countries, including China, the Netherlands, Ukraine, Estonia and other countries. The annual FIB Congress and Executive Committee Meeting will also be held there. The venue of the competition is Harbin Sports University.

As a strong province of winter sports in China, Heilongjiang, owning to its advantages of "ice and snow", is in the forefront of promoting winter sports and winter-featured sports industry in China. Winter sports events are the media for the inheritance and development of ice and snow culture, the catalyst for promoting ice and snow tourism and the development of ice and snow industry, and the important activities for building the "ice and snow" brand of Longjiang River and the business card of the city. The successful holding of the World Bandy Championships in Heilongjiang for the first time will be conducive to the expansion of the influence and the implementation of the slogan, "300 million people participating in ice and snow sports", which helps to push Bandy into a formal event of the Winter Olympic Games and add more brilliance to the history of the Winter Olympics. This event being held in Heilongjiang Province, helps to promote the far-reaching influence of bandy movement in Harbin and even the whole country. It is rather important bandy movement being also an international event in Heilongjiang province this year to carry out "a series of activities to enjoy the winter sports and share ice and snow".

According to Professor Zhu Zhiqiang, president of Harbin Sport University, in order to make more people know and participate in Bandy, the project will be widely popularized and promoted in Heilongjiang Province and the whole country. Besides, to attract more people to participate in winter sports, the provincial government, relies on the advantages of ice and snow resources in Heilongjiang Province, becomes the first province in China to host the Bandy World Championships Men's Group B event. And at the same time, it got the approval of the State Administration of Sports Management Center for Winter Sports and the Federation of International Bandy. What's more, FIB approved the establishment of the International Bandy Sports Institute in Harbin Sports University in order to better develop Bandy.”

The sport of bandy has now appeared in the Chinese capital Beijing through participation in the "Beijing Winter Expo" fair.  Beside the fair, the delegates from FIB participated in many meetings with decision makers in Olympic Games in general and the Olympics in China 2022 in particular. The goal is to be included as additional sport in the Winter Olympics in China 2022.

FIB was represented by President Boris Skrynnik, Secretary General Bo Nyman and Knut Sorensen,  FIB Olympic Committee. Knut is the man behind the great investigation of the position of bandy among all winter sports. Various criteria have been used to compare the sports, such as number of performers, audience sizes, etc. Bandy is ranked second next to ice hockey when all criteria are combined. An important ingredient at all meetings conducted in Beijing was therefore to present Knut Sorensen’s survey showing the breadth of bandy in relation to almost all other winter sports. For example, FIB has 27 member nations today. The result was presented to the Organization Committee for Olympics 2022 and the China Olympic Committee among others. Bandy is well worth a place among the sports in the Olympic Games. Our delegation therefore held a number of meetings with the Olympic committees, China's Political Sports Board and the Organization Committee for the Olympics in 2022. Bandy also showed up with a stand at the Beijing Winter Expo Fair. Among other things, visitors were able to watch bandy on a small flared ice surface with Chinese bandy players.

The visit from the FIB and all meetings with various Chinese decision makers attracted great interest and the Chinese were very impressed by the presentations of bandy that were made. Each meeting was planned and implemented in about the same way. First, a film was shown that gave the audience a first picture of what bandy is, after which Knut Sorensen made a review of his investigation of the position of bandy in relation to other winter sports. The meetings ended with the participants asking questions and a general discussion.

For bandy, the aim is completely set to be chosen as additional sport during the Winter Olympics in China in 2022. A first recognition has already been achieved by bandy attending the Winter Universiade of Krasnoyarsk in 2019. There are participants aged 18 to 28, enrolled in College or University. Bandy will attend 6 men's teams and 4 women teams.

The IOC is pleased to launch the 2017 IOC - International Federation Development Programme.

"The success of recent Olympic Games underscored the strength of the Olympic Movement and the continued attractiveness of the Olympic Games. With the role of sport in society more relevant than ever, strengthening the support for sport and athletes worldwide is a key commitment of Olympic Agenda 2020. It is therefore my pleasure to confirm that this year the IOC will allocate a total of USD 25’000 to FIB for your development programme. We trust that this funding will contribute greatly to supporting your chosen project with a goal of further developing your sport and supporting your athletes.

Wishing you every success in the implementation of your project."

FIB is on the Olympic Channel

“FIB is particularly enthusiastic about this historical step, bringing our Olympic dream one step closer by implementing the AGENDA 2020. Being part of the Olympic Movement, we believe that this new platform will increase the fans experience and attract more fans especially youth to this new way of watching and following sports. We are happy to collaborate with the IOC in achieving greater visibility for Bandy” said Attila Adamfi, FIB Vice President and Olympic Committee Chairman.

“The Olympic Channel provides a platform for the promotion of all sports and athletes within the Olympic Movement,” said Mark Parkman, General Manager of the Olympic Channel. “We are excited to work together in our collective efforts to help expand the reach of this sports through the creation and distribution of content to audiences worldwide.”

The Olympic Channel, which recently announced the availability of multiple languages on the global digital platform, is currently scheduled to present nearly 500 competitions across nearly 200 events in 2017. The Channel provides an ancillary platform to distribute content and collaborations to broadcast live events are complementary to current broadcast and distribution arrangements.

The Olympic Channel is a multi-platform destination where fans can experience the power of sport and the excitement of the Olympic Games all year round, and is available worldwide via mobile apps for Android and iOS devices and at olympicchannel.com. 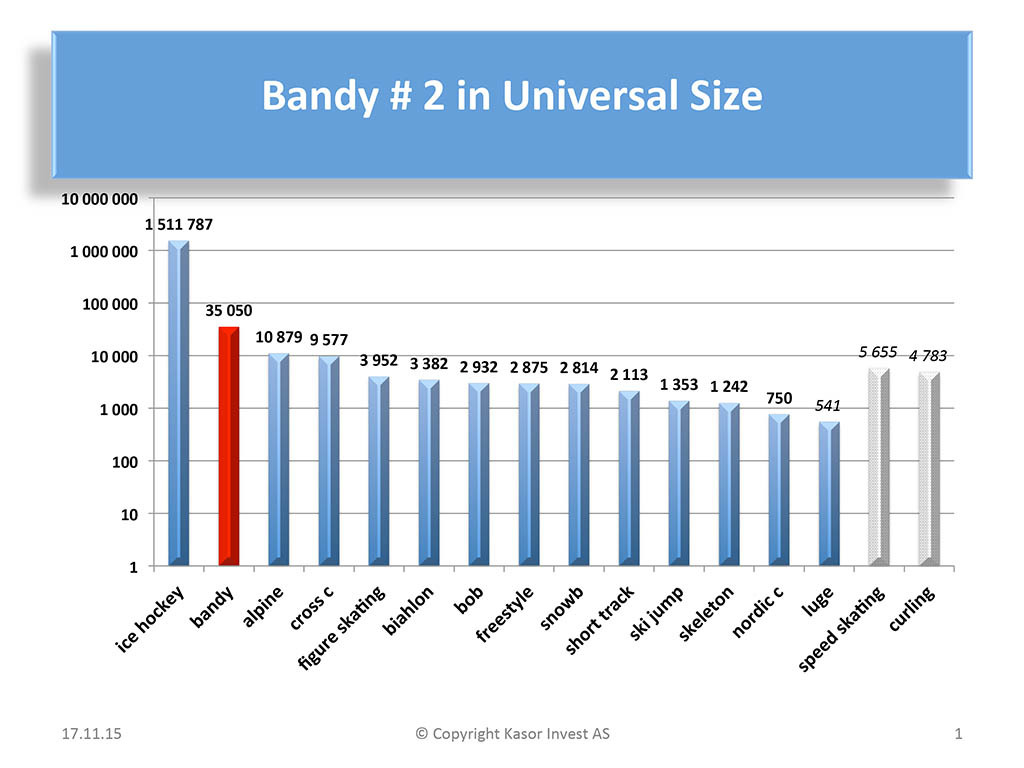 A report "Benchmarking as a Cutterbolt into the Olympic Wall" shows that bandy is the #2 winter sport in participation based on data from international federations. The report demonstrates that bandy command greater Universality, compared to most incumbent Olympic Disciplines.

With high attendance at world championships bandy is the #2 winter sport in tickets sold per day of competitions. In addition probability analysis suggest that bandy will facilitate higher than average spectatorship at stadiums.

Bandy is the only major heritage sport not in the Olympics, despite being the Continental heritage sport of North-Asia and National Heritage and Legacy Sport of Russia, Kazakhstan, Finland, and Sweden. The report highlight that the OWG is concentered to Europe, or Europe plus North America in terms of heritage sport on the Programme, athletes base and concentration of medals. This contrast the Olympic Charter that embrace five Continents iconized by the five interlaced rings. 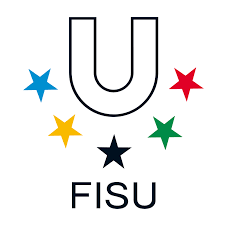 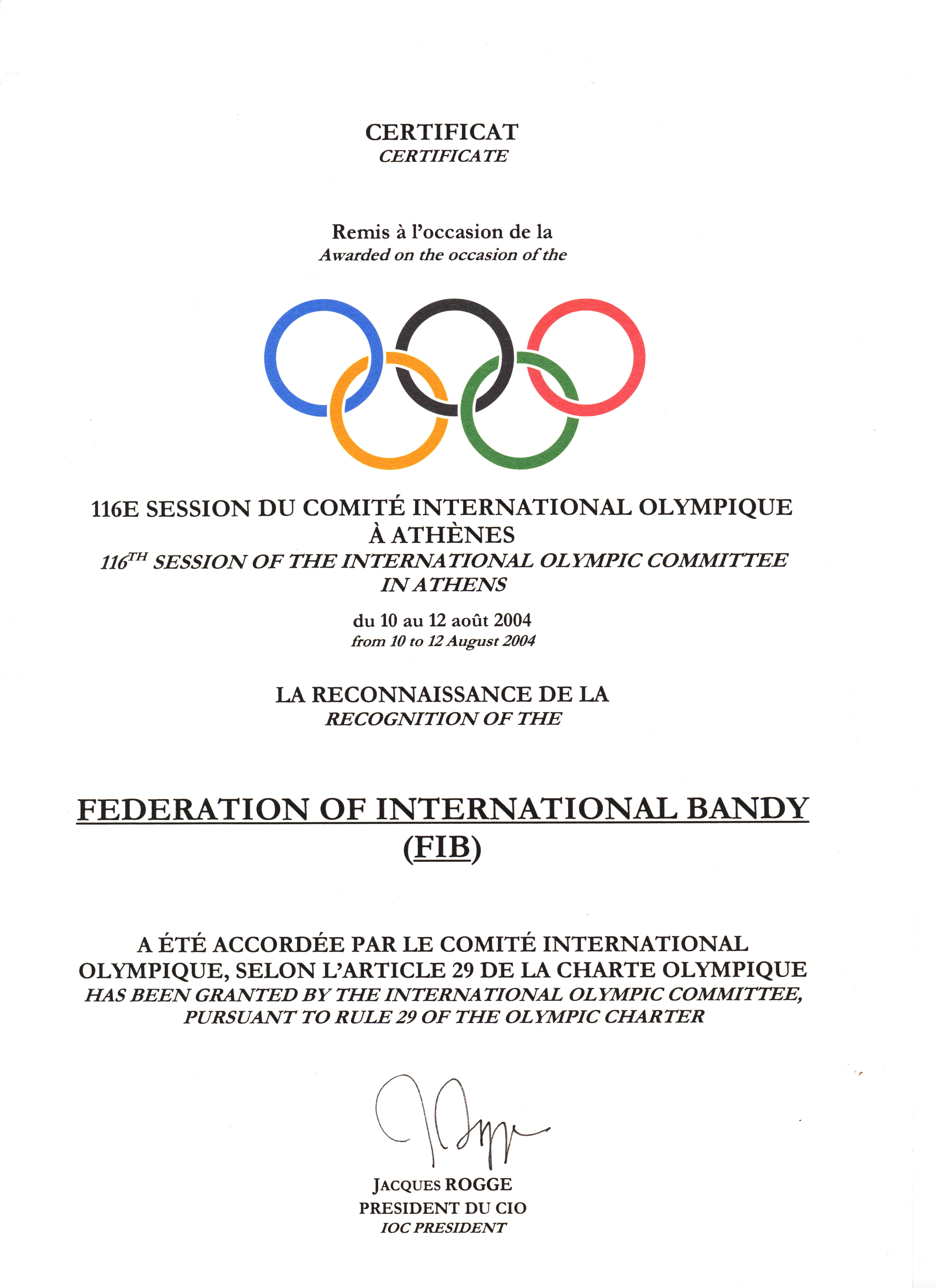 World ChampionshipS,
NATIONAL TEAMS Men
GROUP A AND GROUP B 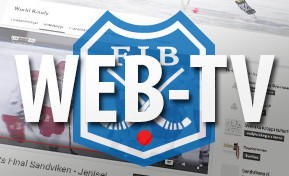